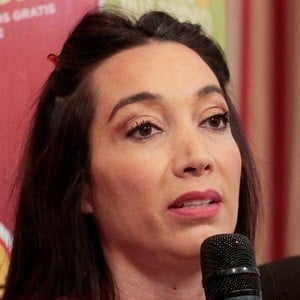 Professional dancer, choreographer, and entrepreneur who won the 2002 Clarín Award for Best Musical Work for her performance in the musical Tanguera. In 2018, she began hosting the Tango Cities television program.

She trained at the Instituto Superior de Arte of the Teatro Colón in Buenos Aires.

She competed on the reality dance contest  Bailando por un Sueño in 2014.

She gave birth to a daughter named Bianca Aramí Cervila.

She has collaborated with fellow performer Nacha Guevara.

Mora Godoy Is A Member Of