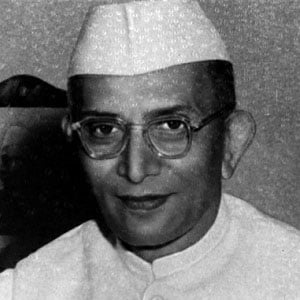 From 1977 until 1979, this Indian National Congress-turned-Janata Party politician served as India's fifth Prime Minister. Previously, he had served as Deputy Prime Minister and Minister of Finance.

He became a civil servant upon his graduation from Wilson College, Mumbai. He subsequently served as Home Minister of the Bombay Presidency and joined the Indian Independence Movement.

He lived to be ninety-nine years old.

He was born into an Anavil Brahmin caste family. His marriage to Gujraben Desai produced a son named Kanti Desai.

He closely allied himself with the principles of Mahatma Gandhi.

Morarji Desai Is A Member Of