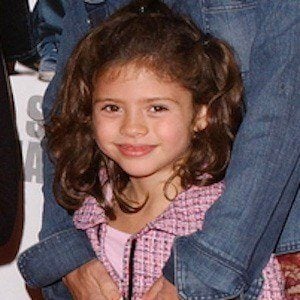 Daughter of Clint Eastwood who has found reality stardom on Mrs. Eastwood & Company.

She had a small role in the 2004 film Million Dollar Baby at age eight.

She shredded a $100,000 Hermes Birkin bag during a photoshoot with her long-time boyfriend Tyler Shields.

Her mother is Dina Eastwood. She grew up with seven half-siblings.

She is the daughter of Academy-Award winning actor and director Clint Eastwood. Her parents married in 1996, and filed for divorce in 2013. She has two pugs.

Morgan Eastwood Is A Member Of