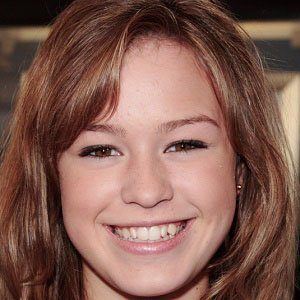 Notable for her childhood roles as Haley Dubois and Caitlin McLoughlin in the respective movies A Plumm Summer (2007) and World Trade Center (2006), she is also well known for her portrayal of Lizzy Campbell on the television series Strong Medicine.

At the start of her career, she appeared in an episode of Judging Amy that aired when she was just six years old.

She was cast as Katie in the pilot episode of the TV series The Loop.

She and fellow child actress Alexa Gerasimovich both appear in the film World Trade Center.

Morgan Flynn Is A Member Of