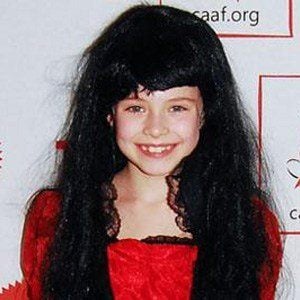 Soap actress who has played Kathy Martin on All My Children and Natalie Snyder on As the World Turns.

She started her entertainment career as a model for Ralph Lauren and other brands.

She acted in the films World Trade Center and Bella at age 4.

She has two younger sisters named Ashley and Erin.

She had a supporting role with Katherine Heigl in the 2008 romantic comedy 27 Dresses.

Alexa Gerasimovich Is A Member Of