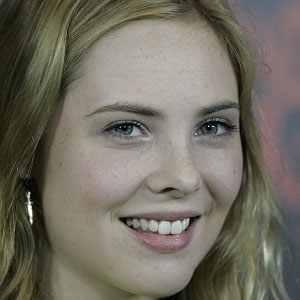 When she was just eleven years old, she appeared in a Delta Goodrem music video titled "Innocent Eyes."

She played the role of Heidi in the 2007 Australian film September.

She graduated in 2009 from Kincoppal-Rose Bay School of the Sacred Heart in her native Sydney, Australia.

She appeared with Geena Davis in the 2009 film Accidents Happen.

Morgan Griffin Is A Member Of