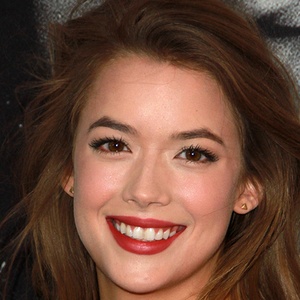 Movie actress who co-starred in the series finale of FOX's series Bones. She starred as Aiexis Podell in Truth or Dare in 2018.

Her first audition was for Sylvie Stern in the play Unexpected Tenderness, and she got the part. She trained at the Groundlings when she arrived in Los Angeles.

Her mother was a bank manager.

She starred on Bones with Emily Deschanel.

Morgan Lindholm Is A Member Of