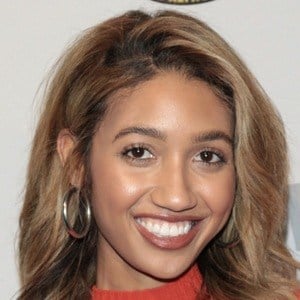 Television and internet personality who has served as the co-host of Teen Nick's Top 10 Music Countdown show. She also runs the personal blog Mouthy Morgan as well as a self-titled YouTube channel.

She talked about her experiences growing up as a mixed-race child on the YouTube series 100% Mixed Story.

Morgan Lynzi Is A Member Of