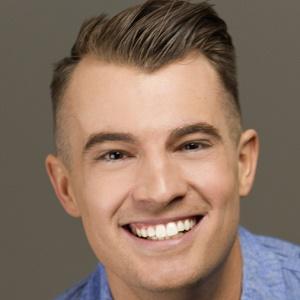 Radio personality turned television personality who was paired up with Maddy Whitby to host Radio Disney's Move It Party. They were then elevated to hosts of the Radio Disney morning show, rebranded as Morgan and Maddy in the Morning.

He began his career in radio in 2008 at KIIS-FM/Los Angeles. In 2010, Radio Disney gave him his first shot as an on-air personality.

He became a film correspondent for Marvel Entertainment. He co-hosted The Radio Disney Music Awards to rave reviews.

Chris Hemsworth, and are just a few of the celebrities he has interviewed.

Morgan Tompkins Is A Member Of