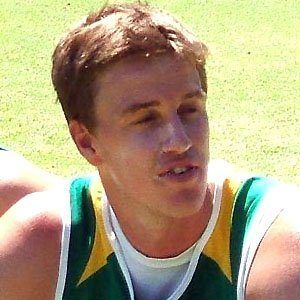 South African fast bowler for Yorkshire who helped the South African team keep pace with the best in the sport.

Beginning with his first-class debut in 2003-04, he showed himself as an outstanding bowler, and in 2007 he went 4 for 29 against the Indian top order during their tour of South Africa.

Selected for the South African squad for the inaugural Twenty20 World Championship in South Africa, he bowled 9 wickets at 13.33, and almost had five wickets in the final, if not for a blown call.

He was born in Vereeniging, Transvaal Province, South Africa.

Morne Morkel Is A Member Of