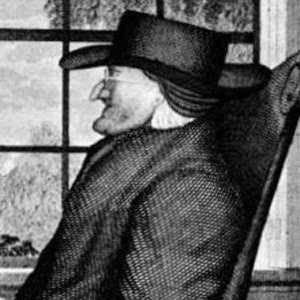 New England entrepreneur who was instrumental in opening Slater Mill and other Industrial Revolution-era factories.

He was the son and nephew of prominent merchants, and beginning at age 13, he worked as an apprentice in his uncle's manufacturing firm.

He was a prominent Quaker and abolitionist, and he also co-founded Brown University.

He married his cousin Anna Brown in 1764. Following his first wife's death, he wed Mary Olney.

He and John Adams were both vocal opponents of the 1765 Stamp Act.

Moses Brown Is A Member Of