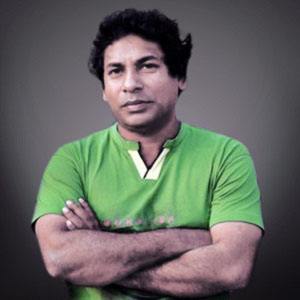 Most famous for his starring roles in the Bangladeshi series Housefull, Sakin Sarisuri, Family & Friends, and Aim in Life, Karim is also known for his role in the 2007 Bengali film Daruchini Dwip.

He began his acting career as a theater performer, working for a decade and a half with a Bangladeshi stage company called Nattokendro.

He was born and raised in Dhaka, Bangladesh. In 2004 he married Robena Reza Jui and they later welcomed a child.

He and actress Suborna Mustafa both had successful television careers in Bangladesh.

Mosharraf Karim Is A Member Of