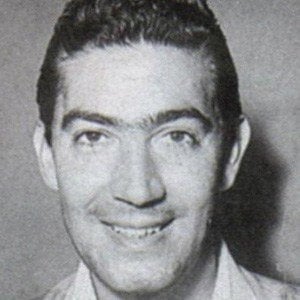 Egyptian singer, artist, and actor who starred in the Egyptian Film Of The Good Day.

He first entered the entertainment industry as a script supervisor and assistant director in the 1940s.

His breakthrough song was the hit "One Two," on which he collaborated with singer Shadia.

He was born in the same country as fellow actor Ahmed Zaki.

Mounir Mourad Is A Member Of