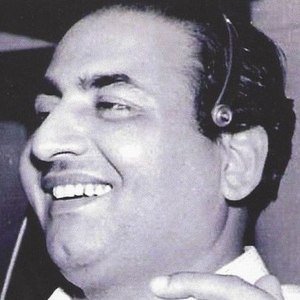 Renowned Indian singer widely considered one of the most beloved playback singers in Hindi film history. He won a total of six Filmfare Awards during his career and was awarded the prestigious Padma Shri by the Indian government.

He moved to Bombay in 1944, where he got his big break contributing vocals to the film "Pehle Aap."

He was named Best Singer of the Millennium by Hero Honda and Stardust Magazine in 2001.

He was married twice and had four sons and three daughters.

He collaborated with famed composer R.D. Burman on the 1977 film "Hum Kisise Kum Naheen," for which he won one of his many Filmfare Awards for Best Male Playback Singer.

Mohammed Rafi Is A Member Of