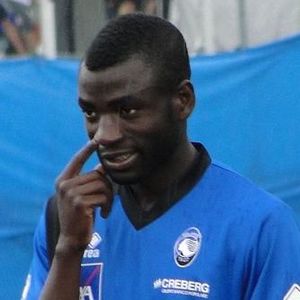 Senegalese soccer forward who became a prominent member of SG Dynamo Dresden in 2018. Previously, he spent the bulk of his senior career with Fussballclub Zürich and AS Dakar Sacré-Cœur.

He began competing with the Senegal U20 national team in 2015.

His biggest social media presence is on Instagram where he posts lifestyle and on-the-field photos for 10,000 followers.

He was born and raised in Senegal.

He was joined by midfielder Dzenis Burnic on the Dynamo Dresden squad.

Moussa Koné Is A Member Of