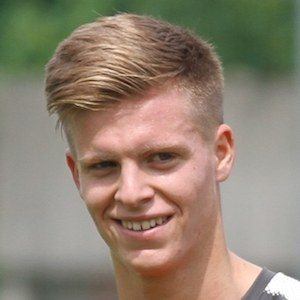 German midfielder who is known for his club career in the Bundesliga. He signed with Borussia Dortmund in 2015 at age 16 before being put on loan to VfB Stuttgart in 2017.

He was originally born and raised in Hamm, Germany.

He was invited to join Borussia Dortmund in their senior team training camp initially by Jurgen Klopp.