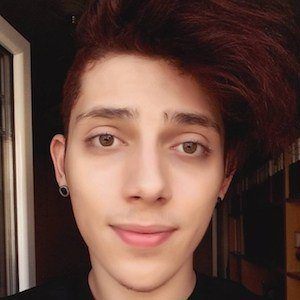 Comedic personality on the video creation platform YouTube who has earned more than 130,000 subscribers. He created a character known as the 10th Anniversary Man.

He initially signed up for YouTube in December of 2013 with the username of ChannelAmpa.

He became a part of the Mad TV Greece and MADTube networks.

He is from Greece.

He has met and collaborated with fellow Greek YouTuber Seniora Elis.

MR Ampa Is A Member Of