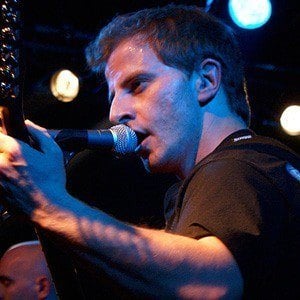 German guitarist and frontman for the death metal band Necrophagist.

He started to listen to death metal at age 12. He formed Necrophagist in 1992.

He grew up around Karlsruhe, Germany.

His guitar solos have been heavily influenced by Yngwie Malmsteen, his mentor.

Muhammed Suicmez Is A Member Of