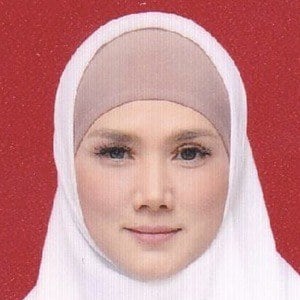 Indonesian pop singer who rose to fame for her platinum-selling, self-titled album Mulan Jameela. She also gained success from singles such as "Makhluk Tuhan Paling Sexy" and "Wonder Woman," which both peaked at number one on several charts.

She was originally part of the musical duo Ratu with Maia Ahmand in 2005.

She and Ratu won an Indonesian Music Award in 2006.

She had kids Tyarani and Daffi with ex-husband Harry Nugraha. She also had a third child in 2011.

She and Agnes Monica are both award-winning pop singers from Indonesia.

Mulan Jameela Is A Member Of