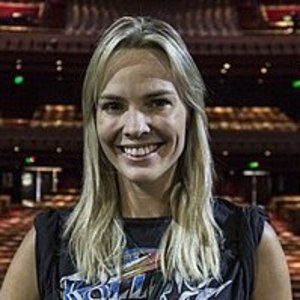 Argentine television star best recognized for her roles in Chiquititas, Rebelde Way and Floricienta. She has since become a presenter for ESPN Redes and joined the cast of the 2016 film La Película.

She launched her acting career as a child in 1995 playing Pilar in Chiquititas.

Some of her international feature film credits include 2007's Left for Dead and 2008's Dying Light.

Her father's name is Miguel Seligmann. She began dating Coqueiro.

In the critically acclaimed series Rebelde Way, she starred alongside Camila Bordonaba.

Muni Seligmann Is A Member Of