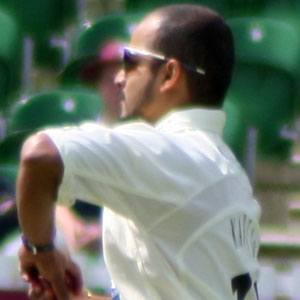 Slow left arm orthodox bowler for Railways starting in 1996 who won the Challenger Trophy for the Indian Seniors in 2005.

He was expelled from the National Cricket Academy for disciplinary reasons and eventually got his start in the Delhi junior system.

He participated in PETA's Save Your Chicks campaign, meant to raise awareness against flesh farming of poultry.

His game was highly praised by legendary cricketer and coach Kapil Dev.

Murali Kartik Is A Member Of