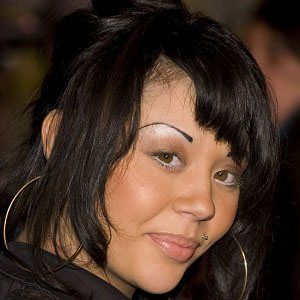 While a member of the hit English girl group Sugababes, she released the multi-platinum album Angels with Dirty Faces and the double platinum recordings Three and Taller in More Ways. Before rejoining a relaunched version of Sugababes called MKS, she recorded a solo album titled Real Girl.

She and her Sugababes collaborators released their first album, One Touch, in late 2000. Their first two UK number one singles, "Freak Like Me" and "Round Round," debuted two years later.

She filed for bankruptcy in late 2014, but did not let her personal troubles stop her from recording a 2015 MKS track titled "Back In The Day."

The daughter of an Irish mother and a Filipino father, she spent her childhood in the Kingsbury district of London's Brent Borough. She welcomed her first child, a daughter named Tahlia, in 2005.

Buena, Keisha Buchanan, and Siobhan Donaghy rose to fame as founding members of the Sugababes.

Mutya Buena Is A Member Of