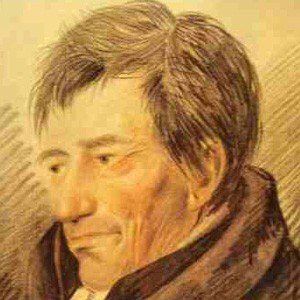 Influenced Ignaz Moscheles, John Field, and Johann Baptist Cramer. Only Joseph Haydn was thought to be more talented in his day.

He spent eight hours each day practicing the harpsichord, mastering Bach, Handel, Scarlatti, and many others.

He invented his own piano brand and published the compositions of many of his contemporaries.

His father Nicolò encouraged him to pursue his musical interests, and he was taken to England by sponsor Sir Peter Beckford.

He and Wolfgang Amadeus Mozart participated in a 1781 piano competition against each other, and he was a great admirer of the composer.

Muzio Clementi Is A Member Of