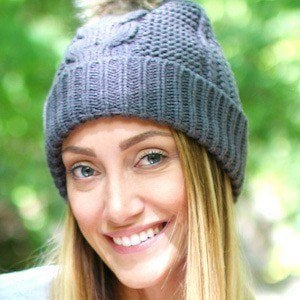 Family vlogger and fashion and fitness enthusiast who shares videos on a personal, self-titled YouTube channel that is subscribed to by more than 650,000. She is also the matriarch of a family vlog channel called The Stauffer Life.

She played volleyball, lacrosse and soccer growing up.

She and her husband created a cooking show channel together called Meals With Myka & James. She created a toy channel for her kids called Stauffer Pony Palace.

She married James Stauffer and they have four children named Kova, Jaka, Radley and Onyx. Her mother had her when she was 16 years old, and the father she always knew is not her biological father.

She was featured on the YouTube channel Kbaby by Kyra Sivertson in a video called "Teen Mom: Day in the Life."

Myka Stauffer Is A Member Of