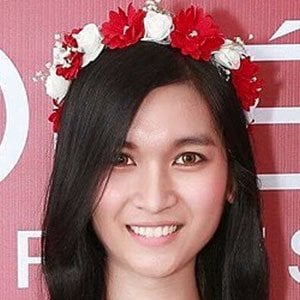 Model and LGBTQ activist who is known for having been elected Miss International Queen Myanmar during the 2014 season. She is also known for having won the ASEAN LGBT Community Pride Award in June of 2018.

She first started her gender transition process at the age of 15. She studied Civil Engineering at the Technical University in Mandalay. Her first major beauty pageant competition was in 2013 when she won the Miss Rainbow Ribbon pageant.

She is known for having represented Myanmar during the Miss International Queen 2014 pageant which took place in Pattaya, Thailand.

She was born and raised in Mandalay, Myanmar and was the second child of three siblings.

Other models and beauty pageant contestants also from Myanmar include Khin Wint Wah and Becktoria.

Myo Ko Ko San Is A Member Of