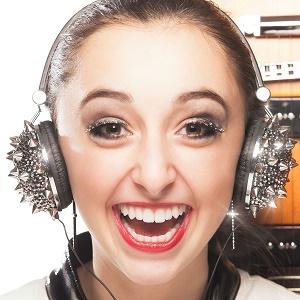 Singer-songwriter and recording artist with RCA Records/Sony Entertainment who enrolled at Berklee College of Music to earn a Master Level Certification in Songwriting. She is also a producer, composer and arranger, going by her stage name "MzIsabel."

She started her career as a professional concerto pianist and studied classical opera. She released and wrote her first single "Outside the Box" when she was 11 years old.

She won first place for the Kidz Star USA 2013, competing against 23,000 kids nationwide. She sang on Kidz Bop albums 27, 29 and 30. She has written more than 50 songs, half of them being Christian songs.

She was an only child growing up in Reading, Pennsylvania. She later moved to Los Angeles, California.

She and Grant Knoche were both artists on Kidz Bop 27.

MzIsabel Is A Member Of