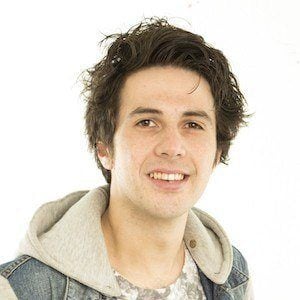 Storyteller on YouTube who uses WWE 2K gameplay and inserts famous YouTubers rather than wrestlers into the game as part of a WWE 2K17 YouTuber series. He also uses Lego Worlds and The Sims for his videos that are watched by more than 120,000 subscribers.

He attended Cardiff University where he got his Bachelor of Science degree in Social Sciences.

He began working as a radio presenter on a breakfast show for the UK Kid's station Fun Kids in 2012. He also worked as a sports journalist for BBC Radio Bristol.

His real name is Sean Thorne and he was born in Bristol, England, UK.

N60Sean Is A Member Of