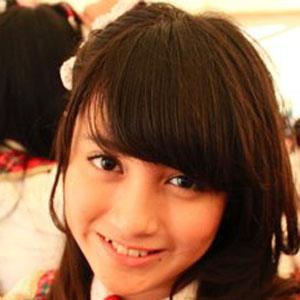 Born Nabilah Ratna Ayu Azalia and better known by her stage name of Ayu-Chin, this Indonesian pop singer became famous as a member of the JKT48 girl group.

She joined JKT48 when she was just eleven years old. Prior to joining the group, she appeared in numerous print ads and television commercials.

Her singles with JKT48 include "River" and "Gingham Check."

She and Anggun both had successful pop music careers in Indonesia.

Nabilah Azalia Is A Member Of