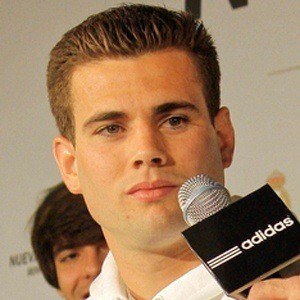 Spanish central defender who's best known for his career with Real Madrid. He's also been a member of Spain's national team.

He started playing youth soccer at the age of 11 and made his senior debut in 2008.

He has a younger brother named Alex who also played soccer at Real Madrid's academy.

He's married to Maria Cortes. They have a daughter named Alejandra and a son named Jose Ignacio.

Nacho Fernández Is A Member Of