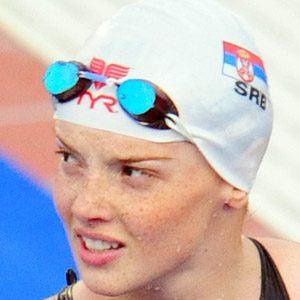 Swimmer from Serbia who took home the gold in the 200m breaststroke at the 2009 FINA World Aquatics Championships. She is the first female Serbian swimmer to win a World Championship.

She first competed in the European Junior Swimming Championships in 2003, where she participated in the 100m and 200m breaststroke event.

The Olympic Committee of Serbia named her as the Serbian Sportswoman of the Year in 2009.

She has been trained by her brother Sebastijan.

She and Milorad Cavic are both famous swimmers from Serbia.

Nada Higl Is A Member Of