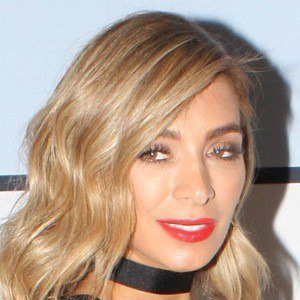 Australian blogger, stylist and social media sensation who created the popular fashion blog Chronicles of Nadia. She is popular presence on Instagram, having earned over 550,000 followers.

She grew up in Melbourne, Australia and earned a Bachelor's degree from La Trobe University in 2007. She had a career in advertising before deciding to focus on blogging full-time.

She has done some modeling work, having been featured in Westfield's 2013 Autumn/Winter campaign.

She married australian rules footballer Jimmy Bartel, which whom she has a son named Aston.

She and Nicole Warne are both famous Australian fashion bloggers.

Nadia Bartel Is A Member Of