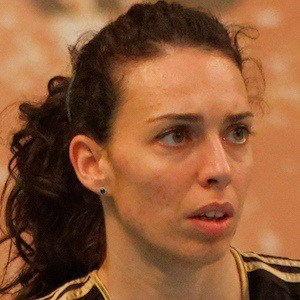 Italian international opposite hitter who won a silver medal at the 2004 FIVB World Grand Prix and bronze at the 2006 Grand Prix. She also competed at the 2014 World Championship.

After winning a junior title in 1998, she made her professional debut in 1999 with Sestese.

She won seven consecutive French Cups and French Championships from 2008 to 2014 while with RC Cannes. She was named the CEV Champions League Best Spiker in 2009-2010.

She grew up in Barga, Italy.

Nadia Centoni Is A Member Of