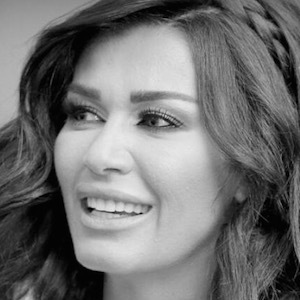 Actress known for her work on the screen and stage, she's notable for her leading roles in shows and films like Ghanoujit bayya, Luna, and Maitre Nada. She's also popular for portraying historical figures like Queen Nefertiti and Cleopatra in stage productions.

She began her career acting and appearing in ad campaigns and commercials for companies like Head & Shoulders, Galaxy Chocolate, and Fantasia Chips.

She has performed in musical theater productions like Shams W Qamar and she starred in and performed the jingle for the television series Ibni.

She and Giscard Abi Nader have three sons named Marcel, Karl, and Marc. Her brother George is a well-known Lebanese singer.

Both she and Mazen Moadam are successful television actors from Lebanon.

Nadine El Rassi Is A Member Of