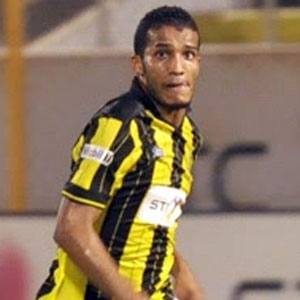 He began his youth soccer career with Al-Ittihad in 2000.

He joined the Saudi Arabian national team in 2008 after two seasons with the U23 squad.

Early in his career he received many comparisons to fellow Saudi striker Majed Abdullah.

Naif Hazazi Is A Member Of