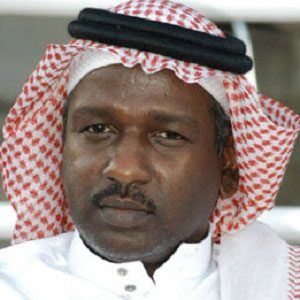 Saudi Arabian forward who was nicknamed the Arabian Pele. He was voted best football player in Saudi Arabia's history in a poll by IBOPE Zogby International.

He played on the Saudi under 17 team in 1977 and debuted on the senior team in 1978 in a friendly against Portuguese Benfica.

Ten years after he retired, a ceremonial farewell match was organized between his former team, Al-Nasr, and Real Madrid.

He grew up in Jeddah, Saudi Arabia.

His career was honored with a farewell match in which Arjen Robben scored Real Madrid's only goal.

Majed Abdullah Is A Member Of