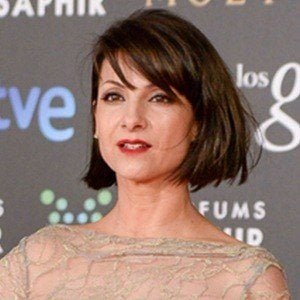 Film and television actress who is predominantly recognized for her performance as Nuria in the 1997 film Abre los Ojos. She also starred in the 2001 romantic drama Lucía y el Sexo. In 2019, she began starring on the Netflix series Money Heist.

She landed a role on the 2015 television series Vis a Vis.

She was married to screenwriter Daniel Calparsoro for five years and they had a son together named Teo.

She was cast in Abre los Ojos which starred Penélope Cruz.

Najwa Nimri Is A Member Of