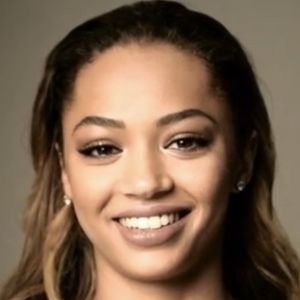 Birtukan Tibebe, or as she's known publicly as Berta Vazquez, is a Ukrainian actress renowned for playing La Rizos in the television series Vis a vis. She also brought to life Bisila in the 2015 film Palm Trees in the Snow.

Her entertainment career began in dance lessons at the age of thirteen. She then tried her hand at music, auditioning for the Voice Spain in 2013.

She has appeared in several acclaimed short films including L'Agent and Las pequeñas cosas.

Both of her parents are Ethiopian. At only three years old, however, she and her family moved from her native Kiev to Spain. She was in a relationship with fellow actor Mario Casas from 2014 to 2016.

In 2016, she joined the cast of En tu cabeza alongside Rossy de Palma and Michelle Jenner.

Berta Vázquez Is A Member Of