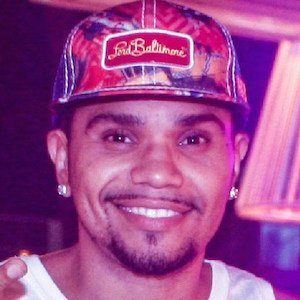 Singer who first rose to fame performing with his brother in Naldo & Lula in bars and restaurants throughout Rio de Janeiro. The pair released one album with BMG before his brother was killed in 2008. He later released his debut solo album In Vein in 2009 and eventually released the biography Cada Vez Eu Quero Mais.

He worked as a television presenter for Domingo da Gente and Sai do Chão! in 2013.

He was born Ronaldo Jorge Silva in Rio de Janeiro, Brazil. He married Ellen Cardoso and the pair had a son named Pablo.

Naldo Benny Is A Member Of