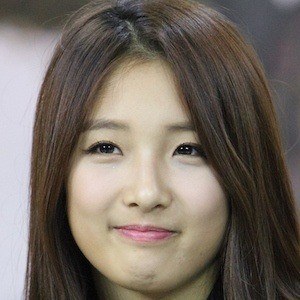 Singer and actress known for being a member of the group 4Minute. She's also appeared in a variety of South Korean television shows, largely in cameo roles.

She has a degree in dance from Sangmyung University.

She grew up in Incheon, South Korea.

She and Kwon So-hyun have performed together as part of 4Minute.

Nam Ji-hyun Is A Member Of