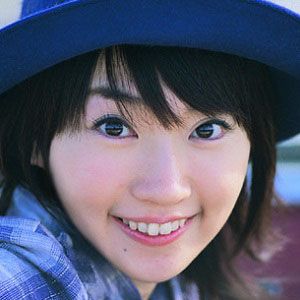 Notable as both a pop singer and a voice actress, she recorded the Oricon Top 10 singles "Innocent Starter" and "Phantom Minds" and the hit 2009 album Ultimate Diamond and also contributed to over a hundred anime series, including Naruto, Witchblade, The Seven Deadly Sins, and Toriko.

Beginning at the age of five, she trained in the Japanese musical genre of enka. She went on to make her anime voice acting debut in her late teens.

In 2011, she published a memoir titled Shin Ai.

She was born and raised in Niihama, Ehime, Japan.

She and American voice actress Colleen O'Shaughnessey both contributed to the Tales of Symphonia anime and video game franchise.

Nana Mizuki Is A Member Of