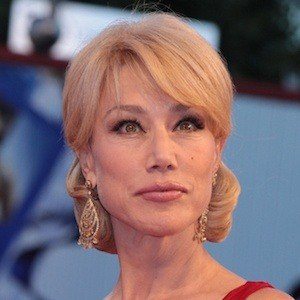 Actress who rose to stardom through her roles in such Italian films as Piccoli Equivoci (1989), Italia-Germania 4-3 (1990) and Sapore Di Te (2014). In 2016, she began playing Luisella Rossini on the family drama series Matrimoni e Altre Follie.

She was discovered by director Pasquale Squitieri, who put her in his film Claretta (1984).

She won David di Donatello Awards for her performances in Piccoli Equivoci and Italia-Germania 4-3.

She was previously married to director Luca Manfredi and actor Massimo Ghini. She has a son named Francesco with Manfredi.

She was cast alongside Debora Villa in Matrimoni e Altre Follie.

Nancy Brilli Is A Member Of