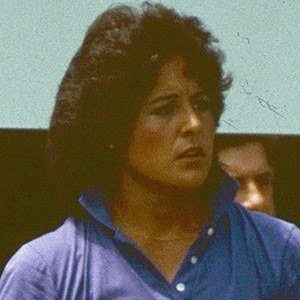 Three-time LPGA champion golfer who joined the LPGA Tour in 1977.

She won New Mexico's Women's Amateur Tour when she was 12 years old.

She won a total of 48 LPGA Tour events and was inducted into the LPGA Hall of Fame.

Nancy Lopez Is A Member Of