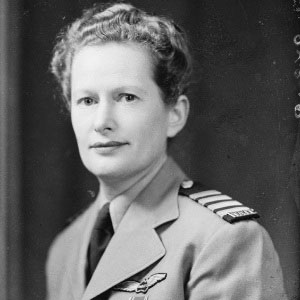 Aviation pioneer who broke down the strict gender barriers of her time by founding the Australian Women Pilots' Association in 1950. At age nineteen, she became the youngest Australian woman ever to earn a pilot's license.

She quit school at age thirteen and began taking flying lessons in 1933.

She was declared an Australian Living Treasure by the National Trust of Australia in 1997.

She married and had two children with Charles Walton.

She and Matt Hall are two of Australia's most famous pilots.

Nancy Bird Walton Is A Member Of