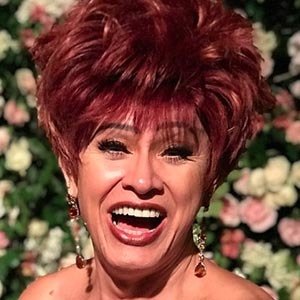 Transgender host, commentator and actress who came to fame in the late 90s as the host of the show Comando da Madrugada on the Rede Manchete channel. She has starred in many of her own stage shows, including Nany People Salvou Meu Casamento and TsuNANY.

She was born in Machado, Brazil.

She was castmates with dancer Andressa Soares on season three of the reality show A Fazenda.

Nany People Is A Member Of