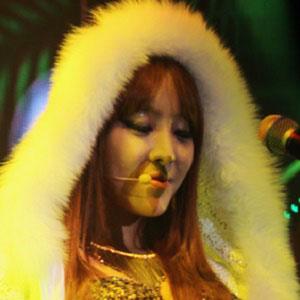 Famous for her membership in the South Korean, all-female pop group Brown Eyed Girls, she also performed with a hip-hop-influenced easy listening duo called M&N and disc jockeyed for the KBS 2FM station. Her hit solo singles include "I'm in Love" and "Bbi Ri Bba Bba."

When Narsha made her debut with the Brown Eyed Girls, the group was called Crescendo. Several years later, she and her bandmates released a debut album titled Your Story.

Her television variety show credits include numerous appearances on KBS's Star Golden Bell and on KBS2's Invincible Youth. Also an actress, she was featured on the television dramas There Is A Blue Bird: Cinderella Syndrome, Ohlala Couple, and Lights and Shadows.

Born Park Hyo-jin, she grew up in Seoul, South Korea.

She collaborated with guitarist Sungha Jung on the 2010 single "I'm in Love."

Narsha Is A Member Of