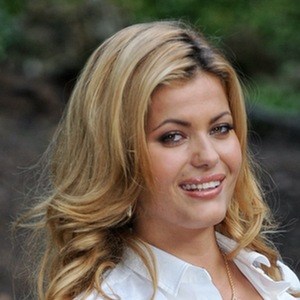 Model who was elected Girl of the Year by Intimo Roberta's underwear line. She won Miss Fashion TV Greece in 2006 and posed in two calendars in 2007.

She appeared in the web series The Lady - L'odio passionate in 2016. She has over 150,000 followers on her Instagram account.

Her mother was Spanish and her father was South African.

She and Xavier Serrano have both worked in models from Spain.

Natalia Bush Is A Member Of