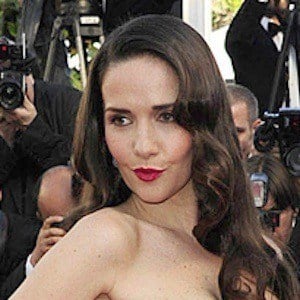 Actress and singer whose 2000 album Tu Veneno was nominated for the Latin Grammy for Best Pop Female Vocal Album. She was once included in the Sexiest Woman Alive Atlas list published by Esquire Magazine.

She was a child model, appearing in television commercials for brands like Coca Cola, Pepsi, and Johnson & Johnson.

La Nacion named her Queen of Telenovelas in 2012.

She was born and raised in Montevideo, Uruguay. She married Ricardo Mollo in 2001 and they had a child named Merlín Atahualpa Mollo.

She and fellow singer Alejandro Sanz have both been nominated for Latin Grammy Awards.

Natalia Oreiro Is A Member Of