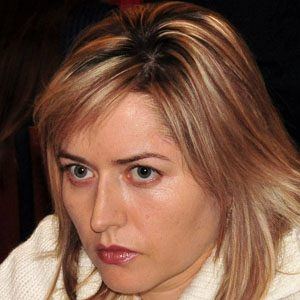 Ukrainian chess Grandmaster who is ranked very highly in the international women's rankings.

She made her World Youth Championship debut as a twelve year old.

She became the Ukrainian Women's Champion at the young age of 16.

Her family moved from East Germany to Ukraine when she was young.

Alexandra Kosteniuk has been one of her major competitors.

Natalia Zhukova Is A Member Of