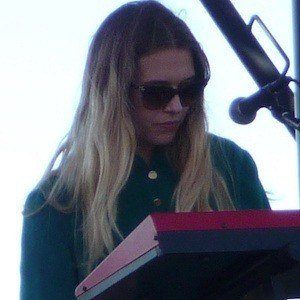 Best known as being the lead vocalist for the folk duo Wild Belle. Her counterpart in the group is her brother, Elliot. In March 2013, she and her brother released their debut album, Isles, to iTunes.

She began collaborating with her brother's band, NOMO, at age 16. She played the tambourine and lent backing vocals to their mostly instrumental sound.

In 2015, she and her brother announced the 2016 release of their second full length album Dreamland. The album's lead single, "Giving Up on You," was released on September 16, 2015.

She has stated she grew up listening to and emulating Aretha Franklin's sound and musical style.

Natalie Bergman Is A Member Of