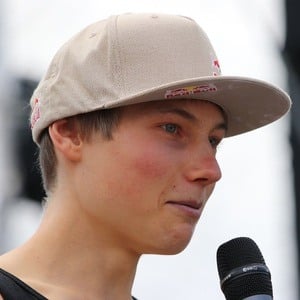 German rock climber who has conquered some of the world's most difficult routes, including Australia's 9a R.E.D. and Switzerland's 8c route FLY. He is one of the few people to have successfully climbed Spain's First Round, First Minute, which is considered by many to be the most difficult route in existence.

He began climbing at age 6 and six and started doing multi-rope-length routes at age 10.

He has a sister named Alina. His father was also a climber.

He became the third climber to conquer First Round, First Minute after Chris Sharma and Adam Ondra.

Alexander Megos Is A Member Of